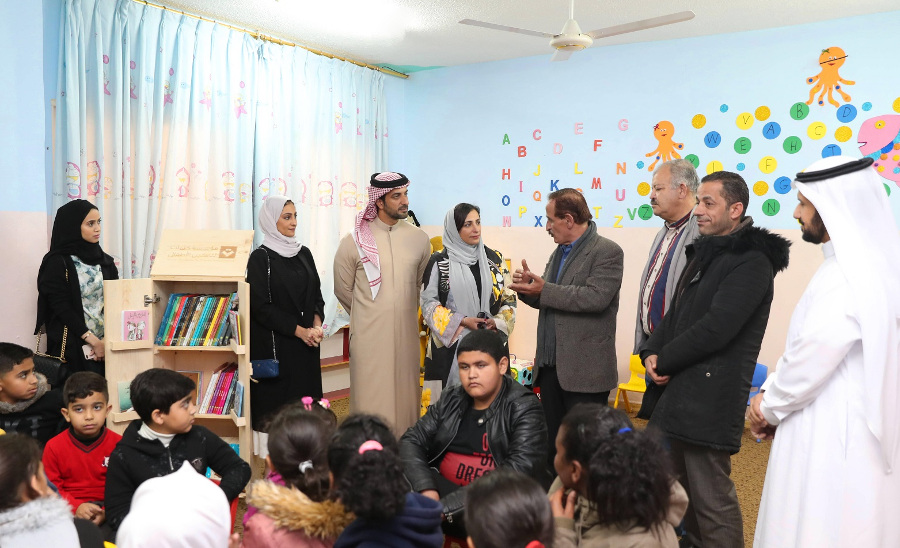 KF also distributed 200 books to two schools in the capital Amman and the Dead Sea region, which brings the total tally of distributed books to 700. The titles were selected to suit the needs of students based on their age and their educational levels.

The books distribution is part of the ‘Pledge a Library’ initiative that aims to provide books to children and public and school libraries in underprivileged communities worldwide.

Sheikh Sultan bin Ahmed Al Qasimi emphasised that the cultural efforts undertaken by Sharjah in neighboring countries are in line with the vision of His Highness Sheikh Dr. Sultan bin Muhammad Al Qasimi, Member of the Supreme Council and Ruler of Sharjah, to provide sources of knowledge to all members of the community, especially the young generations trapped in conflicts and hard living conditions with minimal or no access to books.

“Books are the ultimate source of knowledge, wisdom, and a source of creativity. It is the bridge that connects cultures; a place where civilisations meet. This initiative is a reflection of Kalimat Foundation’s and Sharjah’s continuous efforts to do its humanitarian duty to help children and youth to create a bright future for themselves and their communities.” Said Sheikh Sultan bin Ahmed Al Qasimi.

For her part, Sheikha Bodour lauded the support of Sharjah Media Council and other bodies from the private and public sectors to the ‘Pledge a Library’ initiative. She said: “Displaced Arab families, especially children, are subject to harsh living conditions and insecurity they don’t deserve. The lack of access to educational and other knowledge-building resources is a huge concern. To Sharjah, these are considered the corner stone of human development – we must cultivate a future generation aware of their culture and the issues that concern us. For that reason, KF’s programmes and initiatives have been geared towards providing them with books that will serve a guiding light and help cement their present and future.”

KF launched the ‘Pledge a Library’ initiative during its participation in the 36th edition of the Sharjah International Book Fair 2017. It has received support by several prominent government and private organisations in Sharjah, such as the Sharjah Media Council, Sharjah Book Authority, Sharjah Islamic Bank, Sharjah Ladies Club, Knowledge without Borders, the ‘1001 Titles’ initiative, the UAE Board on Books for Young People, and other establishments and personalities.